Kusan cataloged two different Satellite Trains. The catalog number of the set on this page is KF-119. A video of the KF-119 Satellite Train may be seen here. The other set, KF-139, may be viewed at this link.

Kusan catalog number K-19S. U.S. 135 Alco 21938 locomotive. The lever on top of the engine may be set to Stop, Slow, Medium or Fast. I've found that the Slow speed position is best for keeping the foam satellite suspended above the train while in motion. 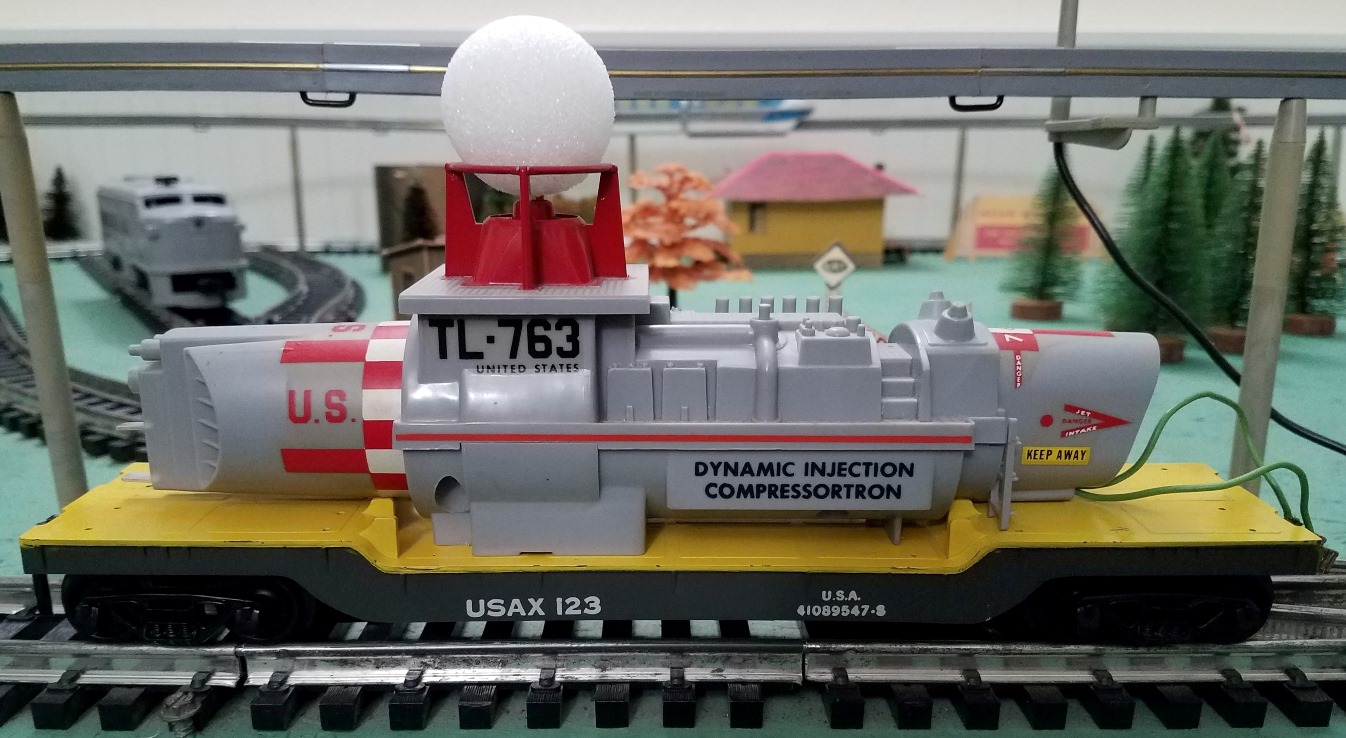 Kusan catalog number K-901. USAX 123 Dynamic Injection Compressortron. The two electrical leads plug into the rear of the Alco locomotive. A motorized blower inside the gray superstructure keeps the polystyrene foam satellite suspended in the air as the train travels around the layout.

Kusan catalog number K-806. USA 401098 searchlight. The two electrical leads plug into the rear of the Dynamic Injection Compressortron flatcar. The searchlight illuminates and rotates as the train travels down the track.

Uncatalogued USA 401098 searchlight. This is a scarcer variation of the car above. Instead of having electrical leads, the searchlight is illuminated by two batteries placed in a holder underneath the car. 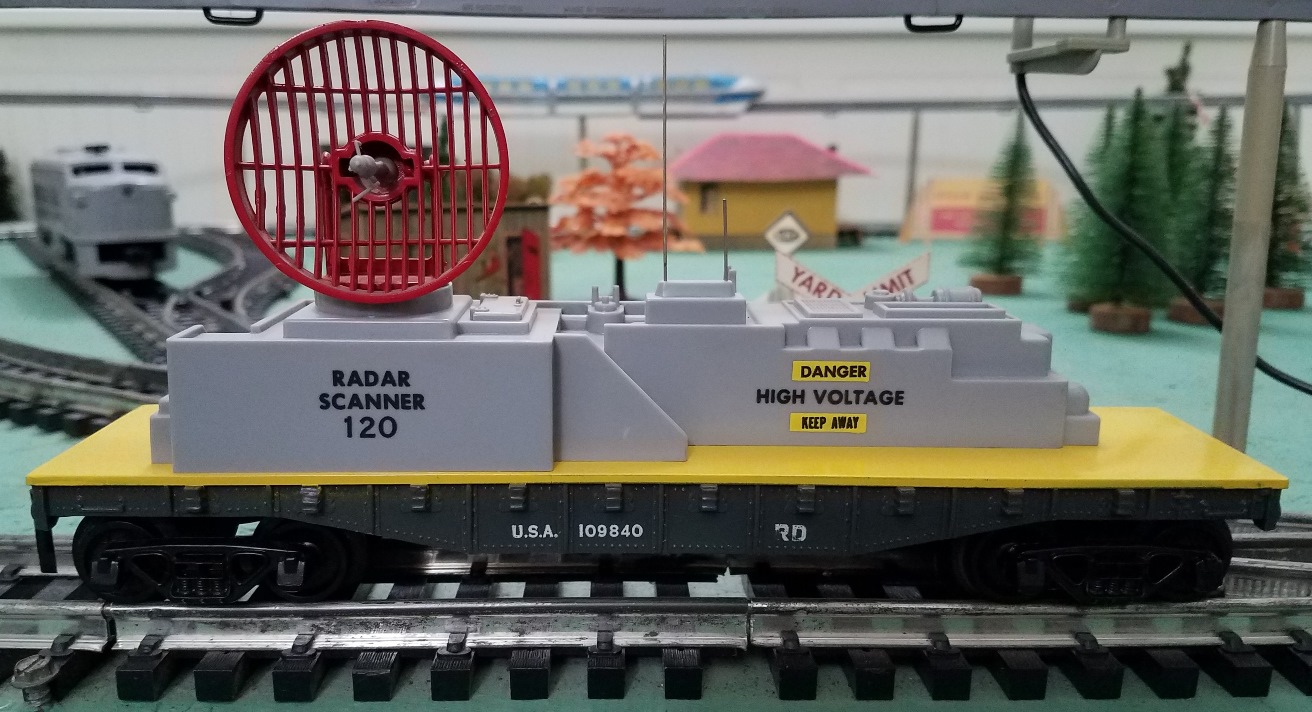 Kusan catalog number K-805. U.S. Army 109840 Radar Scanner. The red radar dish rotates as the car travels around the layout. The wire antenna next to the radar dish is usually missing. 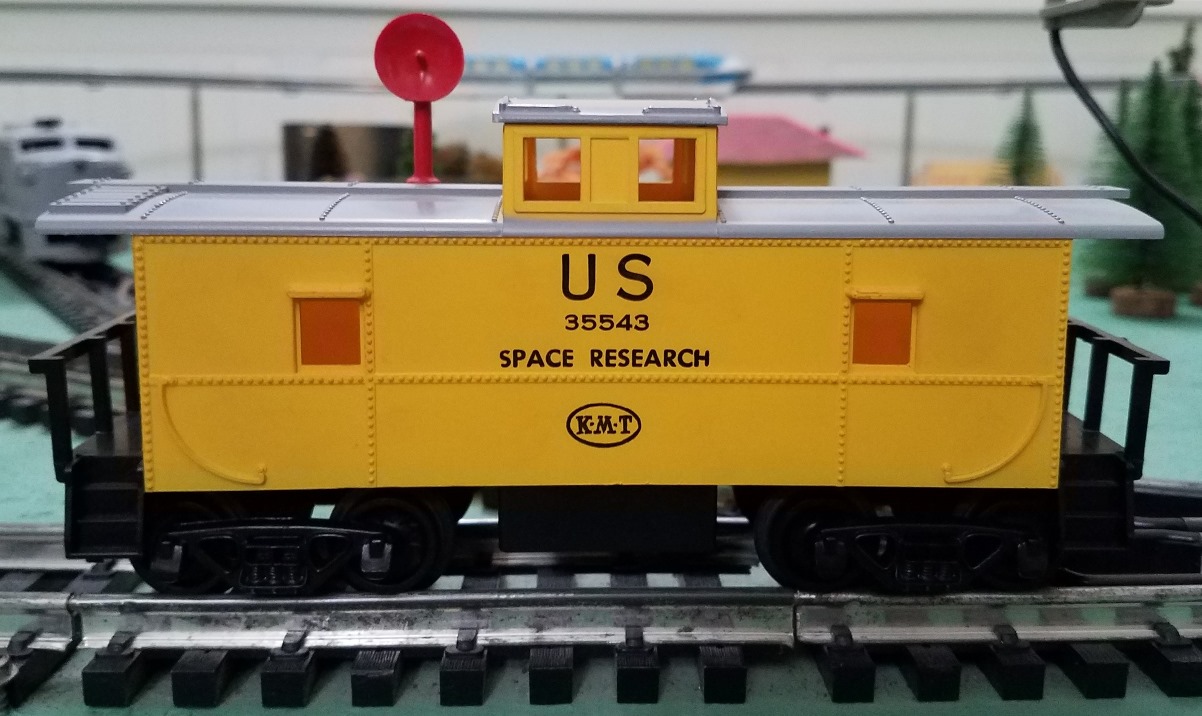